On a rainy day, in Tokyo, we met Anket, to get a closer look at his life as a working professional in Japan. Born in India, Anket has been working in Japan for the past four years. He started as a software developer but switched careers and currently works as an Equity Analyst for a Japanese firm.

Following is a part of the interview we took, hope you would get some tips and know what it is like to work and live in Japan!

Did you have any chance to know Japanese culture before coming to Japan?

Anket: I was introduced to anime and manga quite early in my childhood and before coming to Japan, that was always the first thing that would pop into my head if asked about Japan. Thankfully, a lot has changed, since I started living here. “Death Note” was the very first anime I ever saw. Later watching it again in Japanese with English subtitles helped me to get used to Japanese phrases. In addition, I have to say that “Dragon Ball” and “Fullmetal Alchemit (Hagane no renkinjutsushi)” are my favorite! They are quite famous in India.

We can see how you love it! So could you tell us the most attractive points of working in Japan?

Anket: Well, there are 3 points. Market, experience, and safety.

Regarding the job market scenario, because of the aging population, there are many opportunities for foreigners to get a job in Japan. Maybe that is why recently many Japanese companies, including Mercari, have started recruiting engineers from other countries, especially India. Not surprisingly, the Japanese government is now relaxing the rules for obtaining a working visa and permanent residence as well.

I see. Then what do you think about the experience of working in Japan as a working professional?

Anket: Simply speaking, working in Japan could be unique and I have learned a lot. I feel that all of us, back in India, have been exposed to the western influences in some way or another, but Japanese culture is quite different from other cultures, and not as accessible given the language difference. Delving into the Japanese culture, both traditional professional can be quite beneficial. Japan has been an electronics giant and the quality management techniques developed in Japan are studied across the world.

Japanese are extremely meticulous and detail oriented. Everything is planned and all risks are assessed before starting any project.

For me, each day has been a great learning experience. Though I must say that I may have some bias, as I started my professional life here in Japan.

How’s the valuation from others about your experience of working in Japan?

Anket: I feel that the experience of working in Japan will be valued highly. Sound knowledge of the language and the Japanese business culture would be significant additions to one’s qualification and experience. Although now there are quite a few exchanges between India and Japan, and Japanese companies have started investing and expanding into India, there still remains a gap in both language and culture wise. As someone who has experienced the Japanese working culture is the bridge between India and Japan. There are still very few people who fulfill this requirement even today. 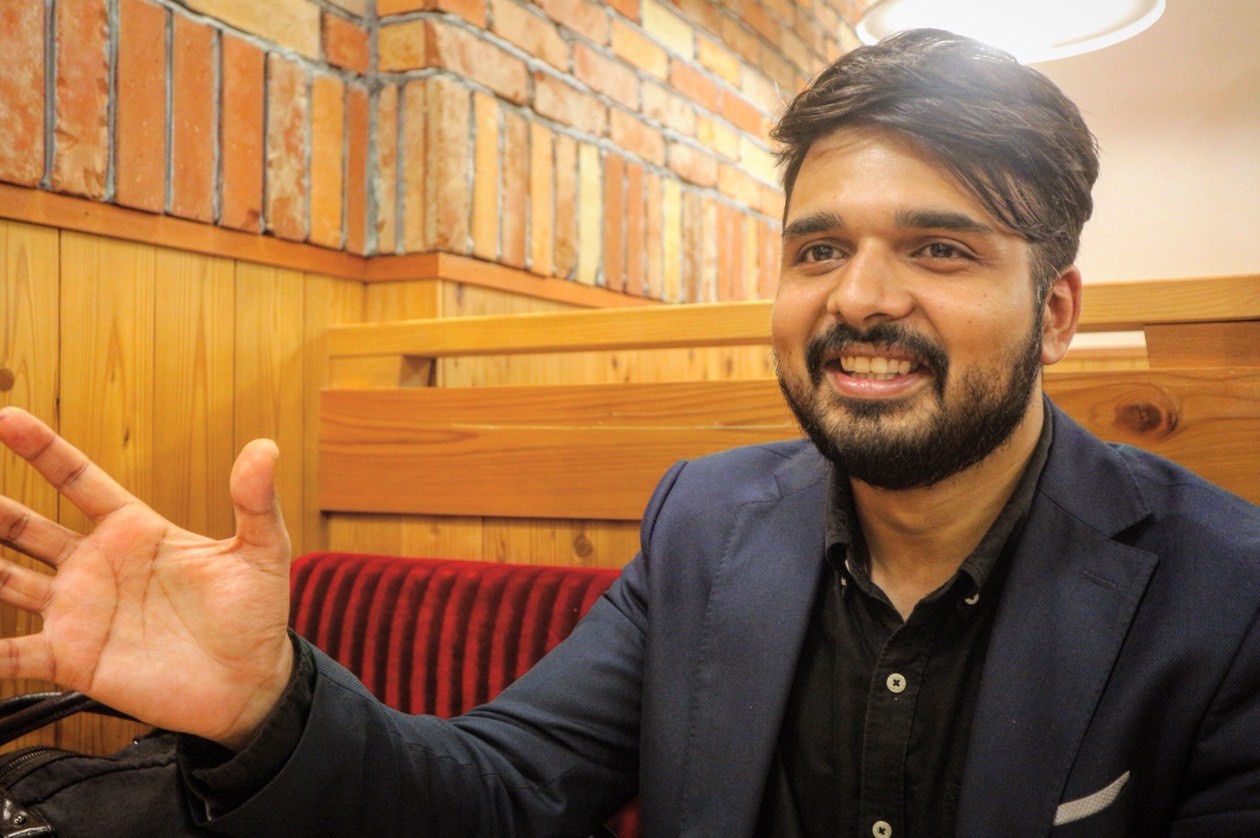 Anket: Safety is the first word that comes to my mind! For foreigners, Japan is a very safe country to live in. I have never faced any form of racial discrimination or any untoward behavior from anyone. Although there definitely is, some language barrier, but people are very helpful and I really appreciate that. And I absolutely love Japanese food.

Are there any interesting incidents that have happened to you?

Anket: There are plenty. To recount a few: when I first arrived in Japan, since I had no internet I had no option but to use maps, that I printed if I wanted to go somewhere. On one such day, I headed out to a particular restaurant that I wished to try. Except I could not find the place. I had arrived at the address (or so I thought) but had no clue where to go in the mall-like building, lost amid a maze of establishments on several floors, with few signs in English. Then I stopped a man. He spoke no English — not unusual in Tokyo — but he understood my predicament, took a brief look at the printed address I held in my hand and then escorted me to the place I wanted to go. I was by his kindness. He made sure I entered the restaurant, bade goodbye and then walked away!

I have also managed to lose my wallet twice. In either case, I have received it back with all of its contents intact.

What is the motivation to work in Japan？

Anket: My motivation to work has always been to be able to learn new things and quantify the value I add to my job. Therefore learning Japanese plays an extremely important part in achieving both.

Especially if you want to interact with top-level management, you need to use Japanese, irrespective of sectors you join.

Good! Have you faced any hardships since you started living here?

Anket: Well initially, the biggest problem was the language. It was quite difficult to find places and communicating with the locals involved many hand gestures. I still remember my first sense of achievement was when I ordered an entire meal in a Japanese restaurant without vigorously pointing to the menu and hoping to god that the food has no shrimp, (I have an allergy). Conveniently, though, Japanese menus have pictures.

Secondly, the number of “rules” in the beginning did catch me unawares. It took a fair bit of time to get used to them. With time, I did realize that there are fewer rules more societal etiquettes that eventually ease our lives. I would urge those who plan to come and live in Japan, view it similarly.

True… Japanese people are famous for being strict and punctual. Do you have any other difficulties?

Anket: Despite living here for the last four years, I still have not got used to the rush hour in the trains. I try to avoid it as much as I can. Although my company’s flextime allows me to avoid it, there are days that start with the exhausting effort to squeeze yourself on to the packed train and inane struggle to deboard.

Anket: I live in a company-owned house and the sheer convenience surprised me! It’s spacious and though it’s a bit far from my workplace, it is a quiet and a lovely place to live in.

Although I would not be able to comment on renting an apartment, I would recommend living in a shared house. Some of my friends started their lives in Japan in a shared house. They are convenient, have a shorter contract period than renting an apartment and, generally are not expensive either. You get your own private room with a common shared area that would allow you to interact with people from different cultures and values. Most shared houses strive to maintain the 1:1 ratio of Japanese and other foreign residents. It could be an amazing learning experience and would give you an opportunity to look for your apartment at your own pace and convenience.

How do you like food? Can you get enough ingredients to make Indian food?

Anket: I absolutely enjoy Japanese food, but I must say that there are many Indian restaurants in Tokyo! To be honest I was so surprised. My favorite Indian restaurant, MOTI in Roppongi. The taste is a close second to my mum’s cooking.

There are online services and numerous brick and mortar stores from where you could buy almost everything. I cannot explain the immense pleasure you get when you can enjoy a couple of piping hot Gulab Jamun on a chilly winter night so far away from home. So, I just want to say, “Do Not Worry”!

Do you have your favorite Masala?

Anket: Yes, I do! I like cooking by myself so I have tons of spices. Initially, I brought some from India but later found that all ingredients are available here in Tokyo and can be bought very easily.

Good message! So how do you spend your weekend?

Anket: I love to go to concerts so sometimes I enjoy it with my friends. A good thing about Japan is that you can attend many concerts that you may not have a chance to attend in India, as many famous and international artists often come to Japan. I recently attended my favorite artist’s concert finally and I could check one item off from my bucket lists!

Anket: And I recommend the app named “Meetup” which brings people together in thousands of cities. There are so many events that you can enjoy with strangers who have similar interests. You may even join the events related to Japanese traditional culture like learning how to play the Wadaiko (Japanese drum).

I did not know about this app!

Do you have a message for the people who are thinking about coming to Japan?

Anket: I have been in Japan for 4 years and still, I always end up discovering something new!

I understand there would be a challenge initially, but believe me it is worth it.

Thank you very much for a good time, Mr. Anket! 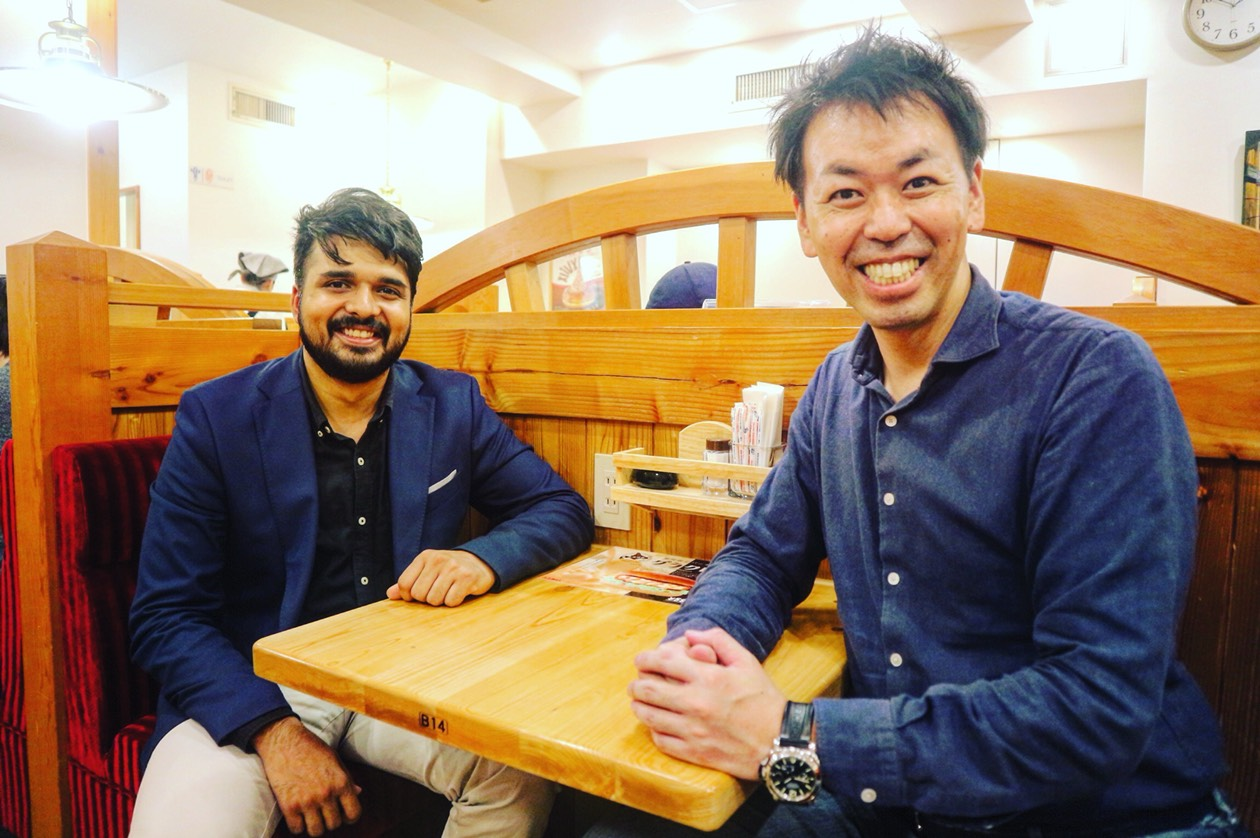